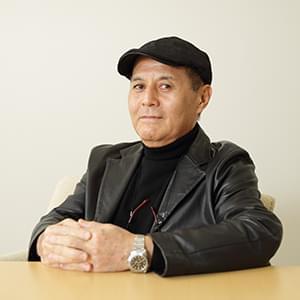 Japan's Culture of Independent Film is Rare in the World

In the 20 years between 2000 and 2019, the number of Japanese films released more than doubled, from 282 to 689 (see Appendix). Of these, only about 80 to 120 are distributed by the so-called big four, Shochiku, Toho, Toei, and Kadokawa, which are members of Eiren (Motion Picture Producers Association of Japan). This means that just over 550 independent films were released in 2019.

The reason for the increase in the number of films released is that with the spread of multiplexes, flexible screening formats have become more common, and mini-theaters have begun to adopt such screening formats. Nowadays, a wide variety of films are shown in theaters, and especially young talents are actively introduced as if they are competing with each other. It is not unusual for a film to be selected for a film festival or for a graduation project from an arts university to be shown in a commercial theater.

With Hollywood's growing share of the global film market, the European film industry is becoming increasingly impoverished. In the film industries of China and South Korea, which have vibrant film industries of their own, projects are becoming larger and the production of low-budget films is shrinking. In the U.S., there is also the independent film genre, but the production cost is $5 to $10 million (¥500 million to ¥1 billion), which is about the same budget as major Japanese productions.

It is a pity that Japanese independent films on these diverse themes have only reached the curators of foreign film festivals and a few dedicated film fans. If Japanese films were brought closer to overseas film fans, the number of fans of Japanese films would increase more and more. Japanese animation, which is now enjoyed all over the world, initially spread through television broadcasts. In France, Italy and Germany in the 1970s, children were familiar with "Candy Candy" without knowing it was Japanese animation.

What is the goal of FILMINATION?

FILMINATION aims to share young Japanese talents and their works with the world. 30 years ago, Japan was a world leader, but now, in the midst of economic stagnation and a sense of stagnation, young filmmakers are depicting contemporary issues on various themes. I believe that young people of the same generation around the world will be able to relate to the earnest thoughts extracted by confronting family, friends, relationships at work, environmental issues, LGBTQ, globalization, and caring for the parents' generation. I believe that the themes portrayed by these young directors will become role models for the world in the future.

In addition, there is a vast reserve of traditional Japanese films that have yet to be introduced to the world. We would like to introduce such films to the world.

I believe that the role of FILMINATION is to convey the appeal of Japanese films to the average moviegoer, who may not be a fan of Japanese films enough to go out of their way to see them at a film festival, but still loves them.

He is currently the director of the Tanabe-Benkei Film Festival in Wakayama Prefecture, a member of the jury for the Kyoto Film Planning Market, a member of the jury for the Hachioji Film Festival, and a member of the support and human resource development committees for overseas expansion of content at the Agency for Cultural Affairs and the Ministry of Economy, Trade and Industry. He is also a member of the editorial board of the White Paper on Digital Content, and has edited and written many books, including Foreign Movie Business is Interesting, Seeking Movie Producers, The Age of Pia, The Global Expansion of Japanese Cinema, and The Story of Kinema Junpo. He is also the producer of films such as "The 40-Year-Old Problem" (2008), "Poetry Angel" (2017), and "Sunshine Family" (2019/Korea-Philippines co-production), and the producer of the TV documentary "Eiga-jin tachi no August 15" (WOWOW).